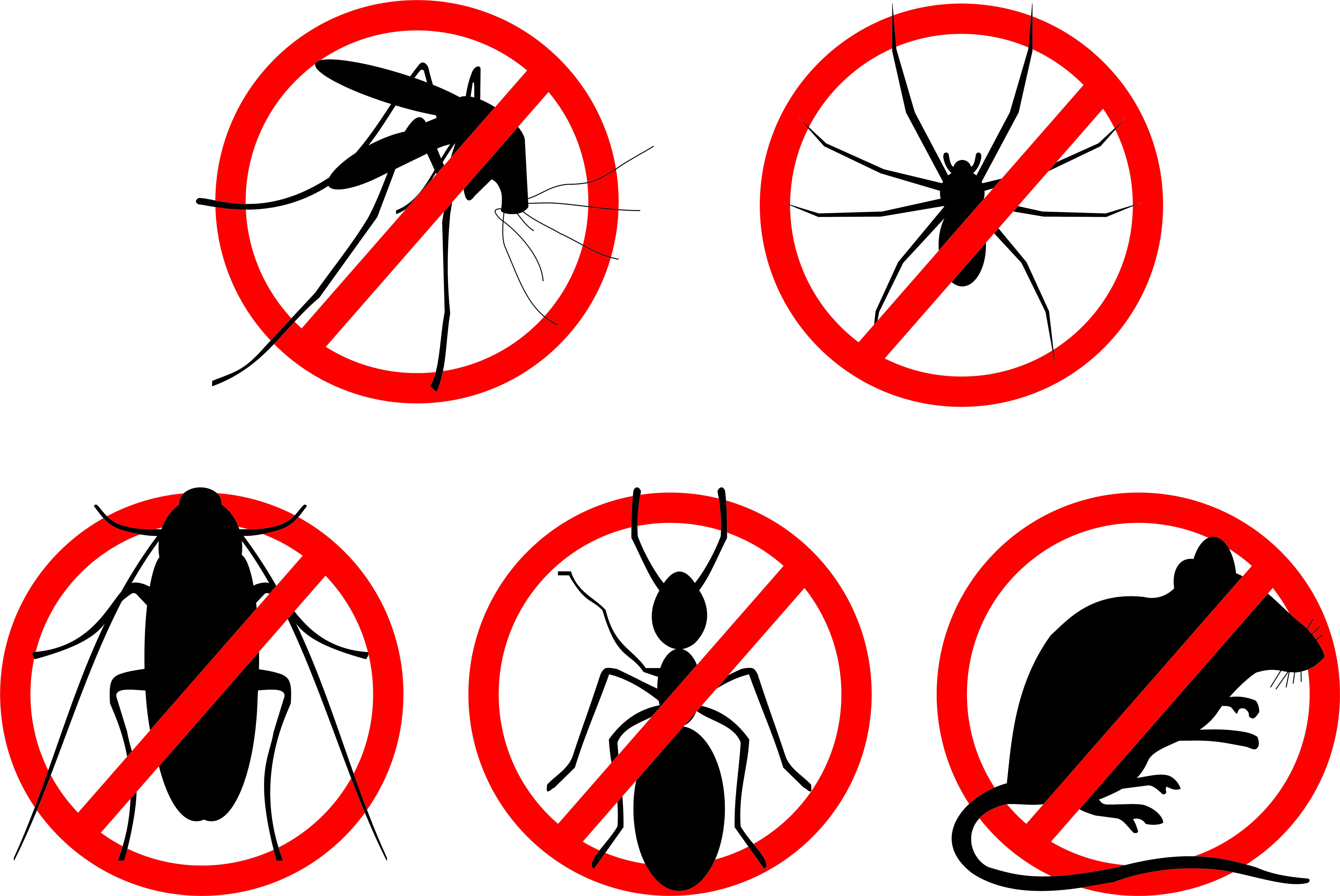 Hunter and Coast Pest Control offers all aspects of tick control and tick treatment including;

Ticks are another household pet pest – commonly affecting dogs and cats, however, ticks can also be a problem pest for people and children. Paralysis ticks are a major issue for pets and people and are suggested to cause Lyme’s Disease. Lymes disease is a debilitating illness. Ticks are generally found outside in the garden and love to hide in thick foliage, shrubs, trees and long grass. We understand the habitat and likely hiding places of ticks and ensure we spray these areas to eliminate your tick problems. We offer a full tick pest spray treatment to control ticks in your garden.

Ticks are parasites that feed on both animal and human blood. Aussie creatures such as possums, gliders, bandicoots and others are known for carrying ticks on their bodies.

Ticks often occur in humid, moist bushy areas and some areas have had ticks for so long in them that they will simply always be there but just need to be managed.

Charlestown Bushland, Blackout Reserve, the Fernleigh Track and the bushland around the lake such as Bolton Point all are hotspots for the nasty little tick. They are not very mobile and rely on passing animals to transport them.

Ticks are known to inject toxins that cause local irritation or mild irritation, however, most tick bites cause little or no symptoms. Tick-borne diseases, tick paralysis and severe allergic reactions can pose a serious health threat.

How can ticks affect humans?

Ticks inject a toxin that may cause local irritation or a mild allergic reaction, however, most tick bites cause little or no symptoms. In some cases however ticks can pose a serious threat to human health. Tick-borne diseases like tick paralysis and severe allergic reactions, while uncommon, can pose a serious health threat. Tick-borne diseases occurring in Australia are Australian Tick Typhus or ‘Spotted Fever’ (along the coastal strip of eastern Australia from North Queensland to Victoria) and ‘Flinders Island Spotted Fever’ (in Victoria, Tasmania and Flinders Island in Bass Strait). Early symptoms of tick paralysis can include rashes, headache, fever, flu-like symptoms, tenderness of lymph nodes, unsteady gait, intolerance to bright light, increased weakness of the limbs and partial facial paralysis. At the site of the bite, there may be a black scab or eschar. As the tick engorges on more human blood the tick paralysis symptoms may intensify including after the tick has been removed. Clinical diagnosis is confirmed by specific blood tests.

Tick typhus is treatable with antibiotics, although fatalities have been known to occur. In some susceptible people, tick bite may cause a severe allergic reaction or anaphylactic shock, which can be life-threatening. If swelling of the face and throat causes breathing difficulties, seek urgent medical attention.

Recently a new syndrome known as “tick-induced mammalian meat allergy” has been described, whereby people bitten by the paralysis tick, which is found in Coastal Eastern Australia, can subsequently develop an anaphylactic reaction to consuming meats and animal by-products such as gelatine. This syndrome has also been described overseas.

Lyme disease is caused by a bacterium and has become the most common tick-borne disease in the world. While there is little evidence that Lyme disease is caused by Australian ticks, there may be other germs carried by Australian ticks which can cause an infection similar to Lyme disease.
Lyme disease is more likely to affect travellers when participating in outdoor activities in tick-infested areas where Lyme disease is known to occur. Lyme disease causes a range of non-specific symptoms including fever, fatigue, headaches, myalgia, arthralgia, muscle and joint pain and sore and swollen lymph glands. These symptoms can occur within days, weeks or months of being bitten. A characteristic skin lesion, erythema migrans, may also appear within 3 to 30 days at the site of the tick bite. Lyme disease can be treated with antibiotics.
Further information on Lyme Disease can be accessed at the NSW Health Lyme Disease Factsheet.

How to remove a tick?

Remove a tick as soon as possible after locating it. Use fine pointed tweezers and grasp the tick as close to the skin as possible. Gently pull the tick straight out with steady pressure. Avoid squeezing the body of the tick during removal. If you have difficulties seek medical attention.

Ticks may also be sprayed with an aerosol insect repellent containing pyrethrin or a pyrethroid chemical, although there is currently no evidence to suggest that this is of any benefit. Permethrin based creams may also be used.

Do not try to kill the tick with methylated spirits or any other chemicals. This will cause the tick to inject more toxins.

The Australasian Society of Clinical Immunology and Allergy (ASCIA) has recently recommended killing an adult tick in place by using an ether-containing spray.

These products are normally used for the treatment of warts and skin tags.

NSW Health does not recommend this method until evidence-based research becomes available.

Note: In individuals with a history of allergic reactions to tick bites, ticks should be removed as soon as possible, but only by a doctor and where resuscitation facilities are readily available.

How to reduce the likelihood of being bitten?

Ticks are more easily detected on light coloured clothing. Spray clothes and hats with an insect repellent and wear a repellent that contains DEET or Picaridin.

Clothing treated with permethrin is also recommended. Permethrin wash kits for treating clothes can be obtained from outdoor recreational stores and it is important to follow the label directions.

Permethrin-treated clothing is considered one of the effective means of preventing tick bite in tick infested areas.

All clothing should be removed on return from a known tick infested area and placed into a hot dryer for 20 minutes to kill any tick that could still be on the clothing.

In addition, the body should be searched for ticks especially behind the ears, on the back of the head, groin, armpits and back of knees.

Don’t forget to check children and pets. Many dogs are infested each year and can often die from tick paralysis.

Mow grass in the backyard and keep mulch and leaf litter away from the main entrance to the house.

Hunter and Coast offer a full tick treatment service including tick pest control sprays and tick removal from your property to control and manage ticks.

We offer a wide variety of excellent pest control services and solutions to both residential and business clients in Newcastle & surrounds. Some of our services include termite control, ant control, rat control, all the way through removals, treatments, and inspections.

Our team is composed of licensed and insured controllers and exterminators who are capable of rendering professional service alongside expert advice.

As a family business, it is important that we provide you with the same treatment that we use in our own homes with our beloved children and pets! We use water-based products for our pest control that are more safe and effective.

All of our treatments come with a full 6-month warranty as a minimum. We also have a turn around time of 48 hours for any warranty call out.

Over 18 years of Combined Experience

With over 18 years of combined experience, we know exactly what it takes to give you the best pest control services within your budget. Our experience speaks for ourselves as we have established a great reputation from our avid clients.

Our prices are below that of the larger companies as we don’t have their overheads and marketing expenses. We will also beat any price in the market as long it’s a comparable service.

Am a returned annual customer. Very happy with whole experience. Friendly and professional and yes I recommend them without hesitation.

We dealt with Torben and were really pleased with the job he did at our holiday home at The Entrance. Polite, prompt, great advice and thorough communication. Very professional service for a great price. Highly recommend.

James came to service my apartment. He was thorough with the treatment, happily answered all my questions and gave some valuable tips along the way. At first I was a bit sceptical of all 5 star ratings and rave reviews but now I know why. James is not only knowledgeable but also very courteous. Definitely a business to remember for future.

Ben "the TERMITENATOR" is absolutely fantastic. Friendly, punctual, and soooo knowledgeable. Could not have got a better guy for fixing our termite problem. Thank you from the bottom of our hearts, Ben. You're the best!!!

James was great, very professional. He happily answered my many questions and was very thorough. I really appreciated being able to be home during the service and that the dog could be home too. Also, not having to worry about the kids with the spray they use is really wonderful piece of mind.

Hunter and Coast are fantastic. Never have I been unsatisfied with their services and the guys go above and beyond always. I am comfortable having these guys in my house, even unsupervised, and have been known to leave a key and tell them to go for it. There is always good communication both before and after treatments and good follow up service. Not sure I could say enough to recommend these guys!

We had a great experience today with a full inside and outside pest spray. An awesome technician came out, knew what he was doing and provided excellent customer service. Would recommend to anyone looking for a decent service. We have had this done by other companies and this was by far the best in attention to detail and questions about our needs. Good old customer service is still out there

Get in touch with us!